Change is inevitable in any industry and for any brand. Volkswagen went some time without wholeheartedly entering into the larger automotive segments. It’s true that the brand did have the original Tiguan and the Touareg, which were popular for those seeking upscale options, but not quite as competitive as they could be. This has changed with the introduction of the longer wheelbase 2018 VW Tiguan and the brand new 2018 Volkswagen Atlas. The Tiguan Limited is on its way out and the Touareg is already gone, so does this leave a gap in the SUV options? Not with the 2019 Volkswagen Atlas Cross Sport release announced for next model year.

From the sounds of it, the 2019 VW Atlas Cross Sport will be a five-seat version of the Atlas, though it’s built on the same wheelbase. It sounds as if it will be shorter, but perhaps similar in length, indicating it may sit between the Tiguan and the Atlas in the lineup. 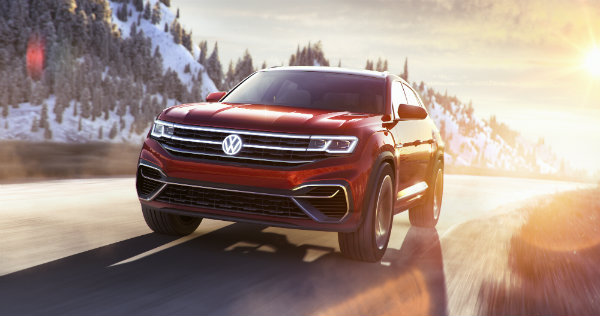 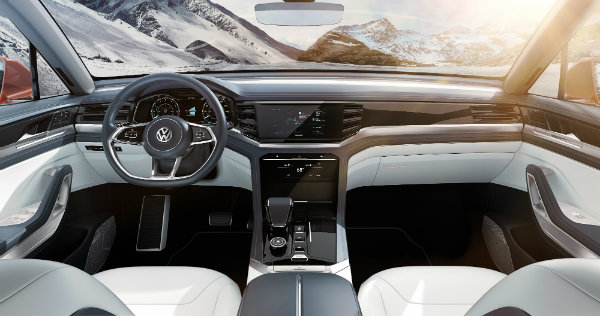 This, of course, is in terms of size. We’re shocked, but pleased to learn, that the 2019 VW Atlas Cross Sport will feature plug-in hybrid and standard hybrid power options, producing 355 and 310 horsepower, respectively. Keep in mind that the 2018 Volkswagen Atlas, which is the larger SUV ever produced by VW, has a 3.6-liter V6 engine that offers 276 horsepower. Quite a bit less than the upcoming Atlas Cross Sport.

A production version of the model may be different in features, but the concept version has a 10.1-inch touchscreen with proximity sensor and gesture control. The 12.3-inch Volkswagen Digital Cockpit, which we already see in the current Atlas, was also shown in this concept.

In addition to this future production model, Volkswagen showed the Volkswagen Atlas Tanoak, a dual-cab pickup truck based on the appearance of the Atlas and featuring the same 276-horsepower engine. Unlike the Atlas Cross Sport, however, this model isn’t scheduled for production.

What do you think of the 2019 Volkswagen Atlas Cross Sport? Share your thoughts with a comment here at the Dirito Brothers Volkswagen Blog.

What Vehicles Are Available With the Volkswagen Sign Then Drive Event at Dirito Brothers Volkswagen?

Check Out the Design of the 2020 Volkswagen Atlas Cross Sport Today!

Have You Seen the Latest Commercial Highlighting the 2019 Volkswagen Atlas?

What Should We Expect from the Volkswagen Atlas Cross Sport Concept Vehicle?

This entry was posted on Thursday, April 5th, 2018 at 2:45 pm and is filed under New Vehicles, VW Atlas. You can follow any responses to this entry through the RSS 2.0 feed. You can skip to the end and leave a response. Pinging is currently not allowed.